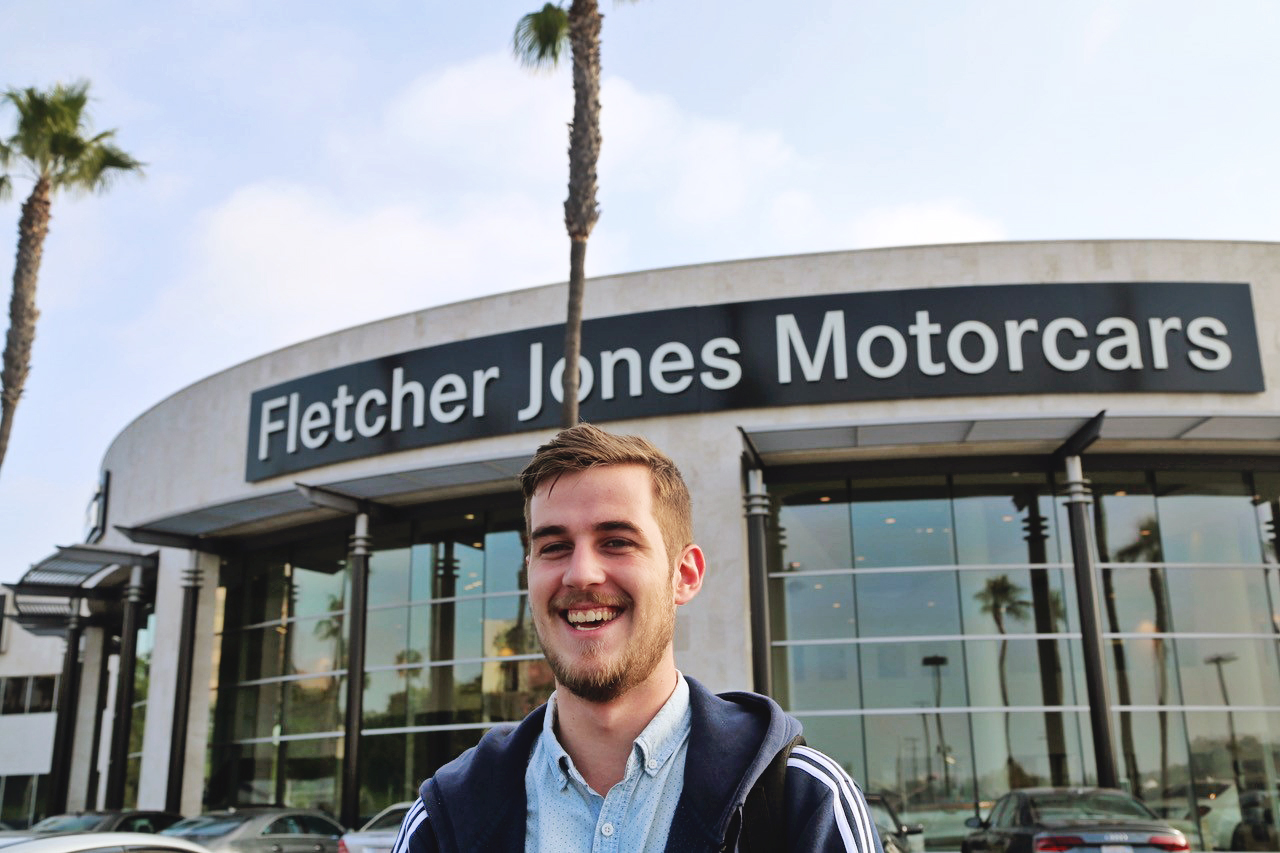 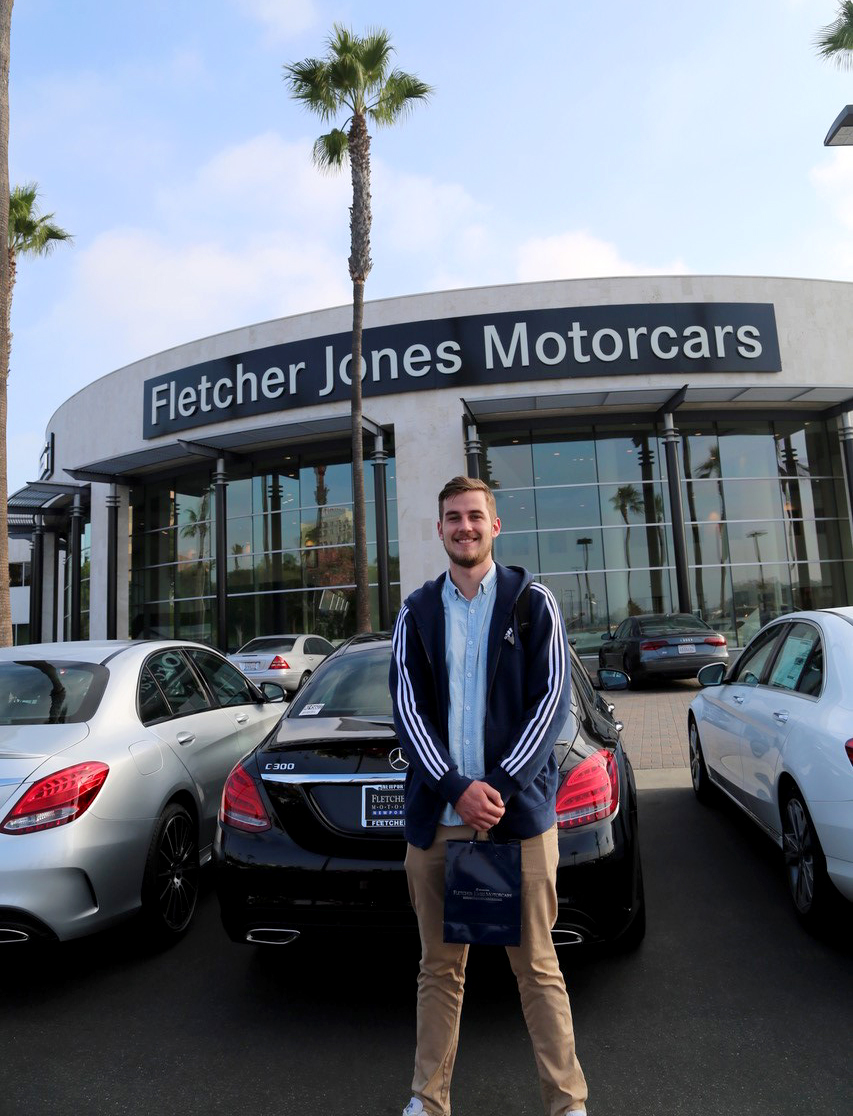 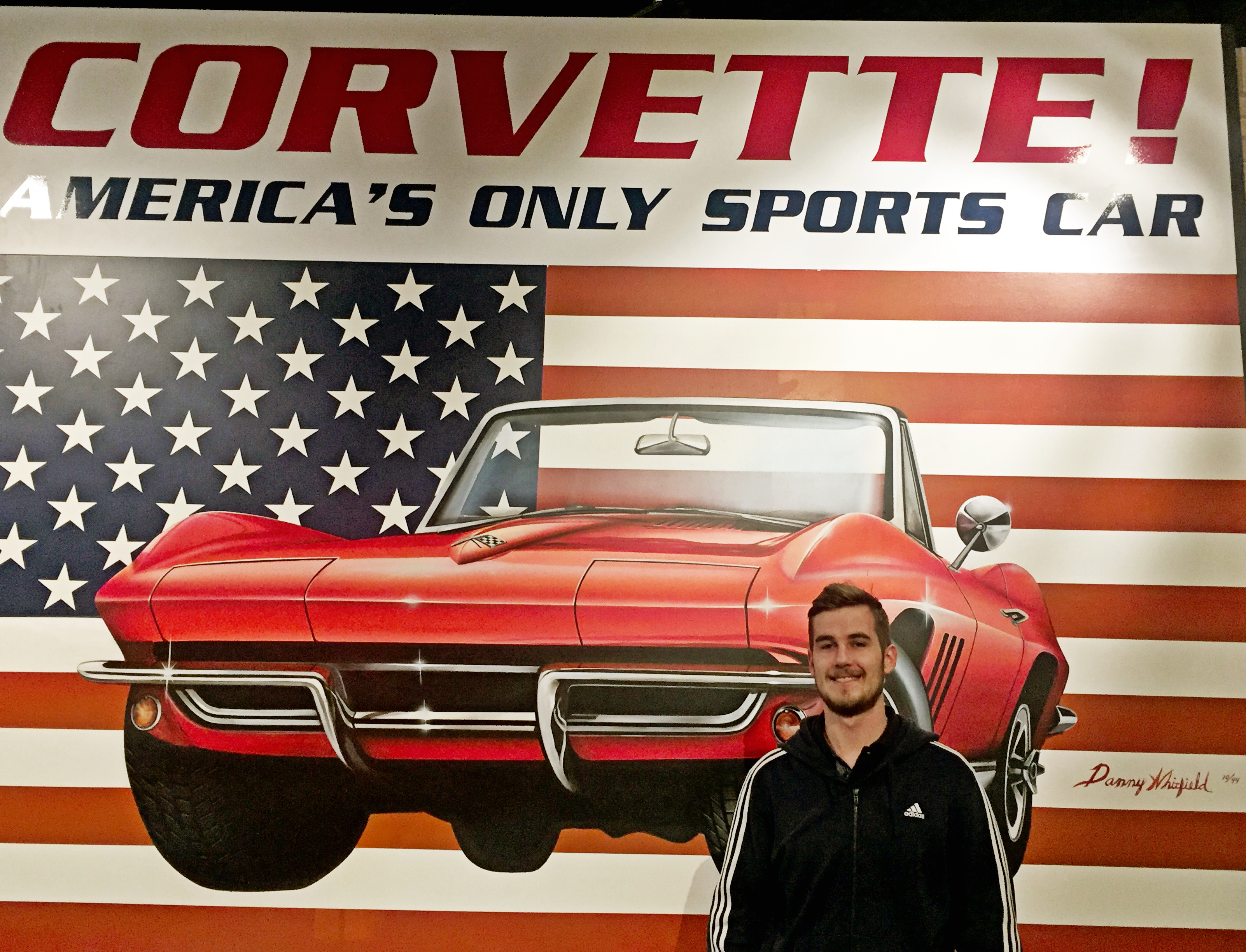 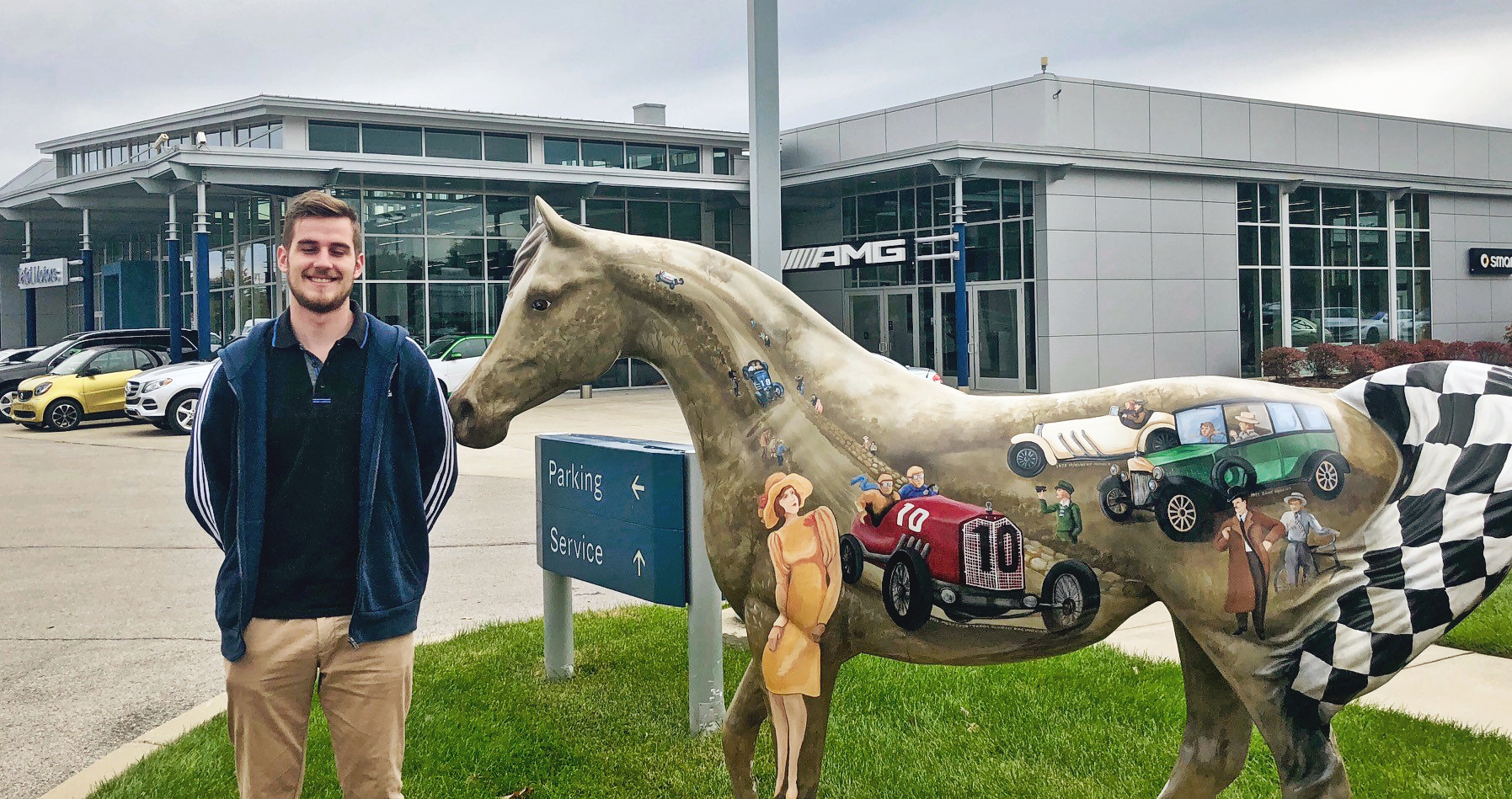 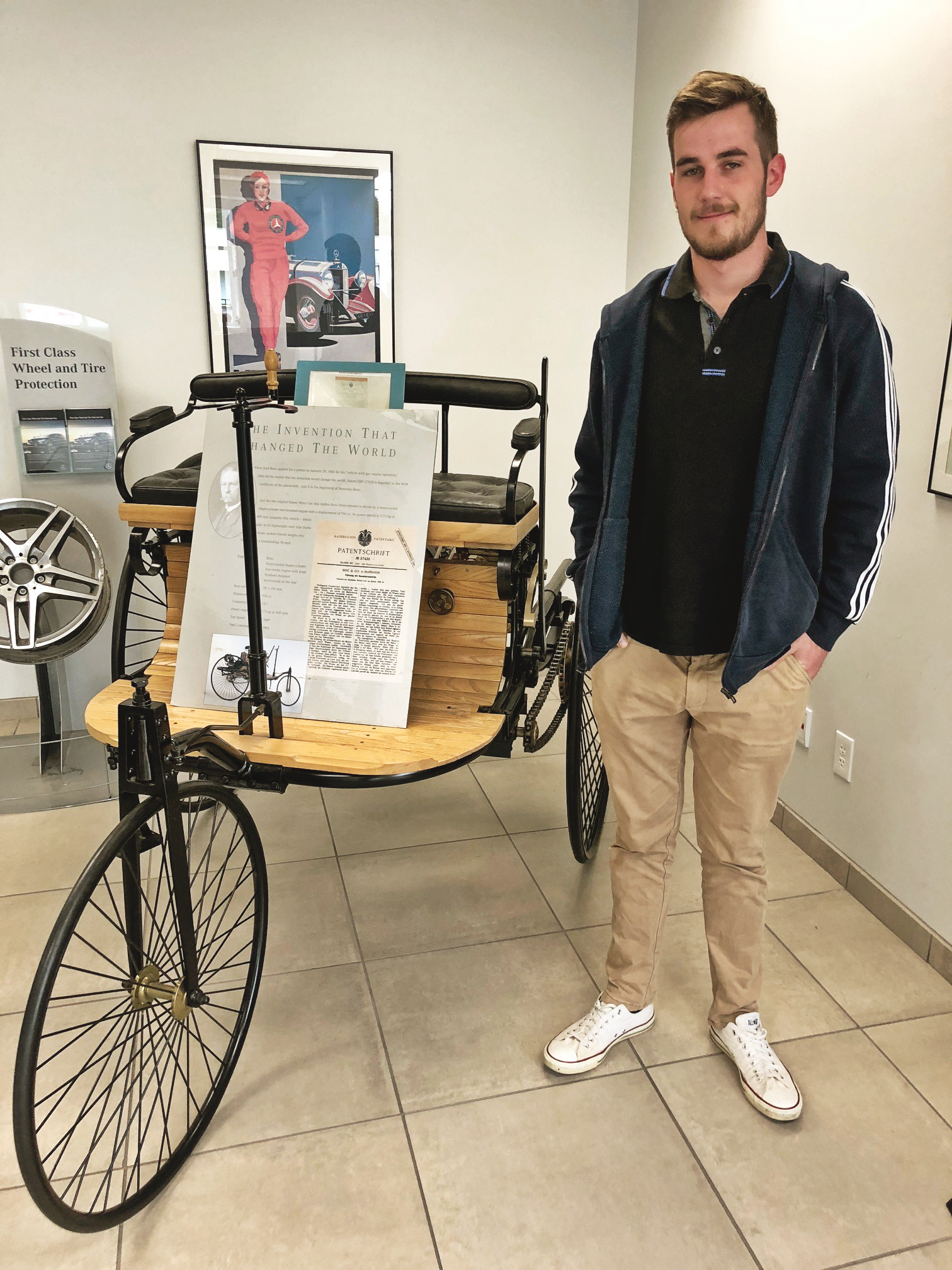 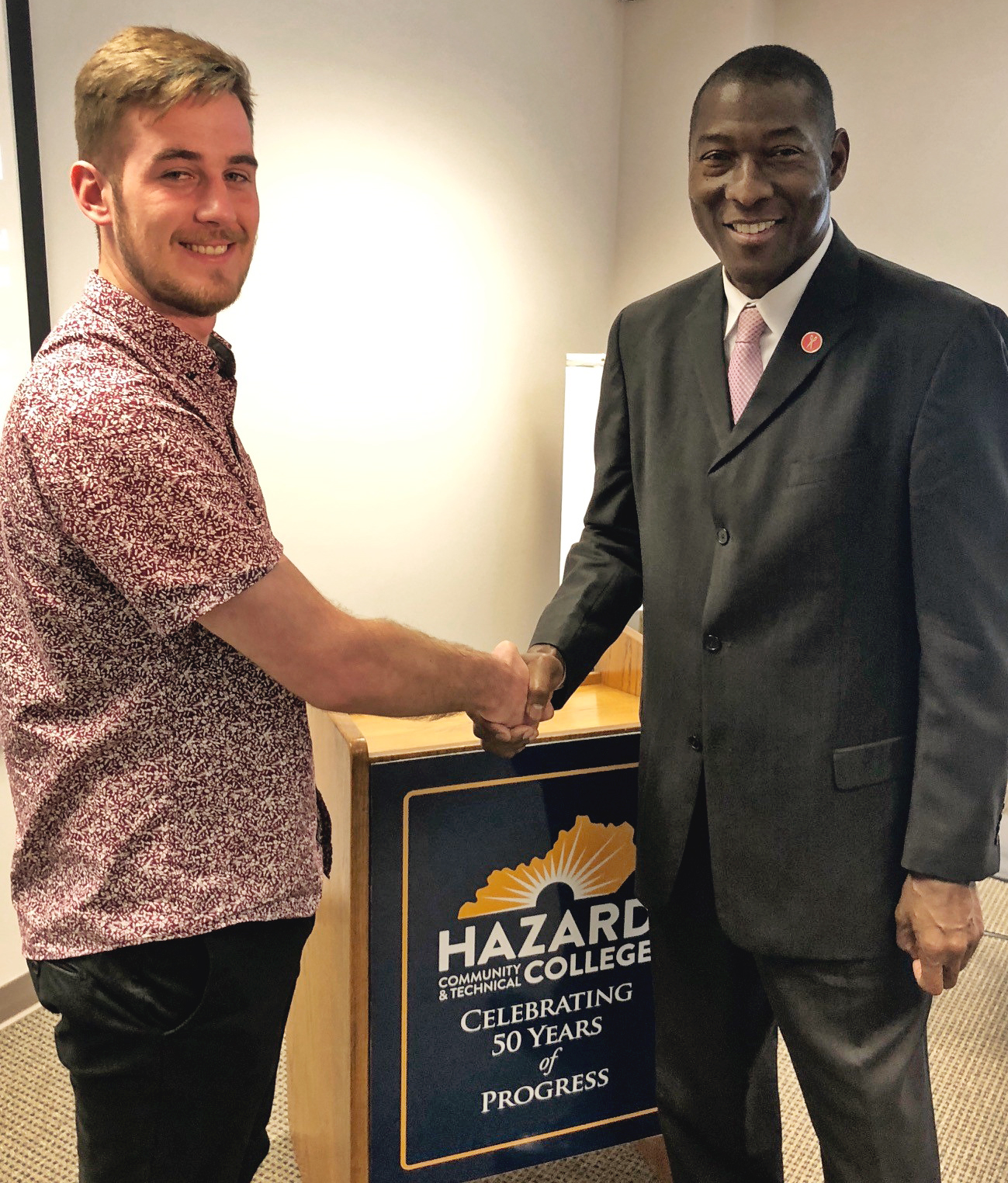 Citi New Recruits graduate and outstanding apprentice Fearghus Von Prott has recently returned from a scholarship trip in the United States, where he undertook a visit of observation at a range of automotive dealerships and manufacturers.

The scholarship, which is funded by Skilling Australia Foundation, has been awarded yearly since 2016 and is for outstanding WPC Group apprentices who work at Australian Mercedes-Benz dealerships.

While in Kentucky and California, Fearghus gained exposure to how Mercedes-Benz operates internationally – knowledge that he is now able to share with his colleagues at Mercedes-Benz Sydney.

Fearghus said everything in America was a lot bigger than he expected.

“In America, they’ve got about 170 variants of Mercedes-Benz around the country, and in Australia, we’ve only got about 50, so the product they sell there is really different,” Fearghus says.

From visiting museums, dealerships and factories, to speaking about his apprenticeship experience at a meeting with Kentucky Government officials, Fearghus says his scholarship trip provided him with many new opportunities.

“It was a great experience and definitely worth it for what I was able to learn,” Fearghus says.

Fearghus’ interest in the automotive industry sparked when he was in Year 10 playing around with an old car.

“It was interesting finding out how it all works. It got me thinking of doing an apprenticeship like my older brother who is also an apprentice at Mercedes-Benz,” he says.

Fearghus tried to secure an apprenticeship in Nowra, but relocated to Sydney as there were more opportunities.

To prepare himself for an apprenticeship, Fearghus participated in Citi New Recruits – a job-readiness program funded by Citi Foundation and run by Skilling Australia Foundation.

“The program gave me a wider view on what to expect from an apprenticeship,  and gave me a bit of a head start on what to do when I walk in the front door,” Fearghus says.

After graduating from the Citi New Recruits program at the end of 2016, Fearghus scored a Light Vehicle Mechanical Apprenticeship through WPC Group at Mercedes-Benz Sydney.

Currently in the second year of his apprenticeship, Fearghus was awarded the scholarship for his high performance and valuable contributions to the dealership.

The scholarship covered the expenses of all flights, transfers, accommodation, meals and insurances, as well as a US-based mentor, uniforms and protective equipment.

All three of the Mercedes-Benz dealerships that the 2018 winners work at are owned by Lei Shing Hong (LSH) Automobile, a Hong Kong-based conglomerate specialising in retailing vehicles, particularly from Mercedes-Benz, Porsche and Lamborghini. 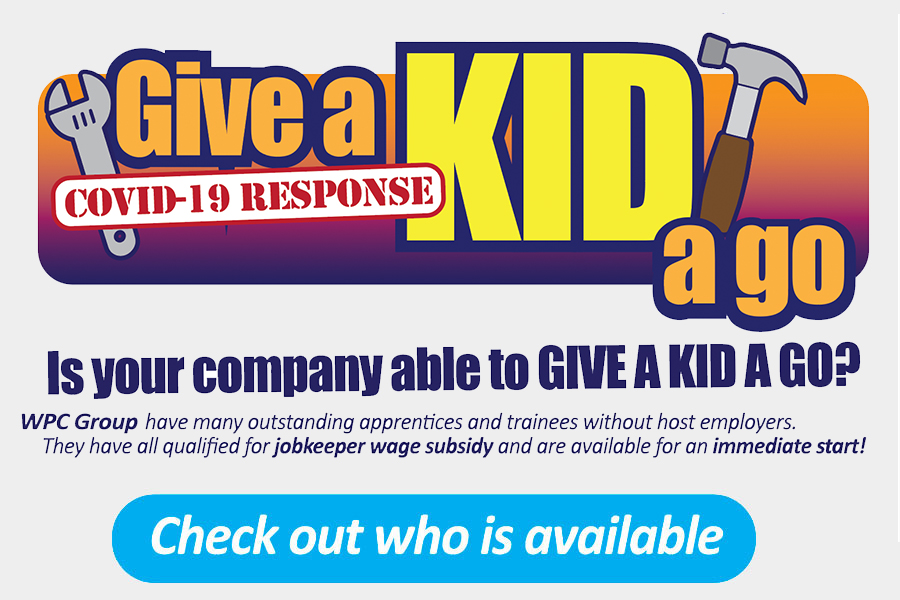